You are here: Home / BAIPA News / The Failure of Free — How and Why I Gave Away My First Book to Attract New Readers to My Second 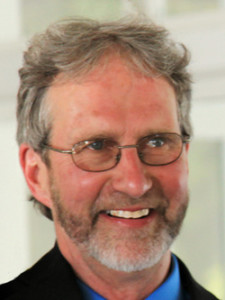 Despite the headline, I’d prefer to frame my book giveaway as an experiment, not a failure. I tested the strategy of making my book free and got definitive results — fewer sales or reviews than my modest projections. A successful experiment, but a failed strategy.

My hope was that by giving away my well-received first novel — Bones in the Wash: Politics is Tough. Family is Tougher — I would gain sales for my second book, Wasted, a “green noir” mystery set in the Berkeley recycling world, as well as more reviews.

I published Bones in the Wash more than two years ago, and, being new to book marketing, didn’t realize that unless I tirelessly flogged the book, no one would know about it, let alone buy it. I hosted a fun and successful book launch at a cafe near my house in Berkeley, which attracted more than 50 people and I gave talks at the California Writers Club in Berkeley and Marin. I wrote blog posts and pitched the book on Facebook, Twitter, and GoodReads. I started an email newsletter, and sent notes to friends and colleagues.

I tried a variety of blurbs. Here’s one:

One half political thriller, one half family soap, and one half murder mystery — that’s right, it’s a novel and a half — Bones in the Wash careens through the pressure cooker of the 2008 presidential campaign in New Mexico, where straitlaced Albuquerque Mayor Tomas Zamara grapples with a fierce opponent, a volatile new woman, a demanding family. Oh, and he’s a suspect in his wife’s murder.

Response to the book has been heartening. I now have 60 reviews, including the most recent one, just posted a few days ago.

Five Stars: I didn’t want to have to put the book down when I had to.

And last December, I was thrilled to win the Best Book 2015 from the Bay Area Independent Book Publishers Association (BAIPA). My award even included a $200 check. Did it increase sales? Not much. I posted about my award several times in several places, and it barely moved the needle.

Doesn’t make much difference that the book is good if potential readers don’t know it exists.

I had read many posts suggesting that making your ebook free was a way to find new readers who then might write a positive review and/or purchase your other books. That sounded like a good plan.

I heard a presentation at a California Writers Club – Berkeley meeting by South Bay author Chess Desalls, about how she’s gained readers for her series of four young adult time travel books with a BookBub promotion. For a price, BookBub promotes your free or discounted book to its email list of millions. But BookBub is tough to crack. I submitted Bones twice and was rejected twice. (Desalls did suggest that a giveaway is more likely to be effective for a series — my two novels are distinct, with different characters, different settings, even different genres.)

Despite the BookBub rejections, I have succeeded in getting my free ebook downloaded by more than 5,000 potential readers, far more than I expected. With minimal promotion.

My first step was uploading a new digital version of Bones in the Wash, with an ad for Wasted at the beginning, and a letter to the reader at the end, asking for a review, and suggesting they might like Wasted. Then I made the book free on Smashwords. Amazon will not let you set the price to free, but they will match the lower price elsewhere. (I did, as suggested, first lower the Kindle price from $2.99 to $0.99)

Nothing happened at first. Then I asked four different people to go to the Amazon page and click where it said “lower price elsewhere. The price stayed at $0.99. Then, a week later, Amazon changed it to free.

The next day, without me doing anything, Bones showed up as a featured free ebook on Digital Book Today, as one of the Top 100 Free Kindle Books on Amazon.

On its first morning, it was one of the top 10 downloads. Within the first week, more than 3,000 people downloaded the book.

Because this was an experiment, I set some goals, which I thought were extremely conservative. I estimated that I’d get one sale of Wasted or the paperback version of Bones in the Wash for every 100 ebook downloads. Here were my projections for April and May.

The downloads kept coming. By June 1, there were more than 5,000 downloads, many times more than the number of books I’ve sold.

The sales and reviews trickled in. Slowly. One here, two there. Two five-star reviews showed up on Amazon. But mostly, nothing. Except more downloads, and even they tapered off.

I got a little obsessed, checked my sales and reviews three, four times daily. I reminded myself that it takes people a while to read the book. They might have other books in their queue ahead of mine. They might like to download free books, but not read them.

Soon enough, I realized my modest 1 percent estimate was too high.

Because I was busy with other things and thought this promotion would spur sales more, I did hardly any other marketing, so I presume most of the sales and reviews I did get were as a result of this giveaway gamble.

I included my email in the book, and got two notes, including a lovely one from a woman who’s been fighting voter suppression and appreciated that I was able to illustrate that issue in an entertaining way, and that my protagonists demonstrated integrity and bravery. (She also said she was going to pick up Wasted, and there was a purchase the next day, though Amazon doesn’t tell me who the purchaser is.)

Here are my numbers as of August 15.

Note: The Bones sales include international sales of the ebook, as well as paperback sales.

So the book sales, of 42, which most certainly include some sales not related to the free promotion, amounts to 0.8 percent of downloads. Not too short of my goal. Maybe it’s better to call this a disappointment than a failure.

As for reviews, I didn’t even come close to my projections. I ended up with 11 more Bones reviews on Amazon and four more on GoodReads, and my average rating went down. The 11 Amazon reviews averaged 3.6 — including 1 3-star, 2 2-stars, and my first 1-star. Before the promotion, I only had 4- and 5-star reviews.

Here’s what that 1-star reviewer said:

That’s another downside of free — it’s more likely that people who might not appreciate the book will download it just because it’s free.

That’s the last part of my experiment. To raise the price back to $2.99 and see if anyone buys it now. And to share this post far and wide and see if that finds me any new readers.

I welcome your comments. 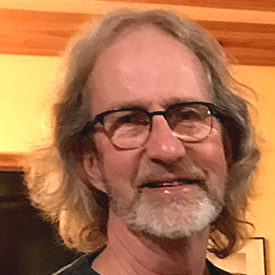 John Byrne Barry
John Byrne Barry is author of three "page-turners with a conscience" — When I Killed My Father: An Assisted-Suicide Family Thriller, Bones in the Wash: Politics is Tough. Family is Tougher, and Wasted, a "green noir" mystery set in the Berkeley recycling world. He's also an actor, bicycle tour leader, and crossing guard. He lives in Mill Valley.
← IngramSpark Step-by-Step with Ruth Schwartz
“So When Is it Enough?” asks Julie Freestone, about Touring and Promoting Your Book →

With COVID-19 teaching us all how to function remotely, BAIPA will meet via ZOOM ONLY until it is safe to resume in-person meetings. (Even when we decide to resume in-person events, we will continue the Zoom option.) We are implementing all the recommended precautionary measures to keep our meetings private and safe for all participants. All members and visitors who register in advance will receive a link to attend via Zoom video conferencing. On the Friday evening before the meeting, we will send the link and password out to members and to non-members … END_OF_DOCUMENT_TOKEN_TO_BE_REPLACED