Ninety-four year old author and BAIPA member, Ben Parker, was recently interviewed in the Marin Independent Journal regarding his recently released book, A Field Guide to the F Word. 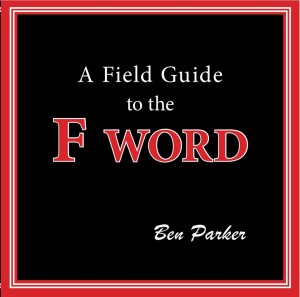 Below is the text of the article. Click here If you want to read it online (with pictures). 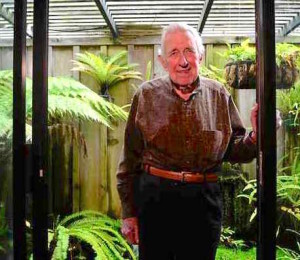 Ben Parker of Mill Valley is the author of “A Field Guide to the F Word,” an exploration of the taboo word’s “evolution, etiquette, nuance and nonsense” (www.fieldguidetothefword.com).

Parker, 94, spent his career working at Fibreboard Corp.’s Creative Packaging Design Center in San Francisco, where he designed cardboard boxes. When he’s not writing, Parker, who has a bachelor’s in economics from Wesleyan University with a minor in art, hones his public speaking skills at a Toastmasters Club and creates art, bas-relief sculptures.

Q: You were living with your parents attending Honolulu University on Dec. 7, 1941, when Japan attacked Pearl Harbor. When did you realize what was happening?

A: I was awakened by a lot of racket and I looked out the window and there were some planes flying by at roof-top level and a lot of gun fire. We all assumed it was maneuvers, but we’d never seen anything that elaborate and then it gradually began to sink in. We turned the radio on and learned the island was under attack.

Q: What made you want to write a book about the proper use of the f-word?

A: I find it very interesting. Nobody really knows its origins. Even the Oxford English Dictionary, they don’t know. The word has been around since 1500. During all those years, four centuries, it was always prevalent, always highly taboo, rarely in print.

Q: In your book, you note that the word came into its own about 70 years ago.

A: It is my contention that the word as we know it basically came out of the servicemen in World War II at which point a lot of guys got thrown together and talked tough. It got profane and then it got scatological. The word mushroomed practically overnight into all of the uses we have for it now.

Q: For the squeamish are there any good substitutes for the f-word?

A: There really aren’t any synonyms. … Even in fairly polite society you can say freaking or frigging. There really do seem to be a lot of rules that nobody has written down.

Q: You say in your book that when he published his World War II novel “The Naked and the Dead” in 1948, Norman Mailer used the stand-in: fug. Is that word still being used?

A: I don’t think anybody ever did use it. Mailer’s editor insisted he couldn’t use the word so it was spelled fug. There is a classic story: When Dorothy Parker met Mailer shortly after the book came out she said, “Oh yes, you’re the young man who doesn’t know how to spell (the f-word).”

Q: You make the case in your book that the f-word is overused today.

A: Originally it was around because it had shock value. It certainly doesn’t have any anymore. It’s just tacky. But there are occasions when it is appropriate.

Q: What would have happened to you had you used the f-word around your parents?

A: I would have been thoroughly spanked.

With COVID-19 teaching us all how to function remotely, BAIPA will meet via ZOOM ONLY until it is safe to resume in-person meetings. (Once in-person events are able to resume, we will continue the Zoom option.) We are implementing all the recommended precautionary measures to keep our meetings private and safe for all participants. All members and visitors who register in advance will receive a link to attend via Zoom video conferencing. On the Friday evening before the meeting, we will send the link and password out to members and to … END_OF_DOCUMENT_TOKEN_TO_BE_REPLACED