You are here: Home / BAIPA News / William McGinnis Will Be Speaking at June BAIPA Meeting

The Real Life of “Selfies” (Self-Publishers)—Five BAIPA Members, from First-timers to Pros—Tell Their Stories.

That’s what you have to look forward to at the next BAIPA meeting on June 13.

There will be a blog post about each of the speakers prior to the event, and for starters, meet William McGinnis! 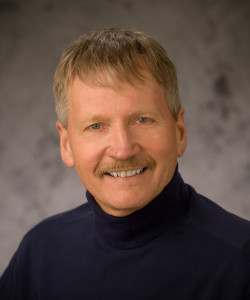 “A thing is only as complicated as the explanation of it” is an adage at the heart of success for Bill McGinnis in both writing and publishing his river adventure guide books and novels.

His first book Whitewater Rafting was published in 1975 by the New York Times and has become the bible for rafters. The book began as a proposal in 1973 when Bill was finishing his Master’s Degree in English Literature at SF State. He spent a year researching and writing it. “Although I had trained as a guide and rafted for 11 years, I was in many ways a novice, and there was a ton I did not know.

“One of the things I did was similar to what Gordon Burgett recommended last month. I went around and talked to the experts. Each knew a great deal, but, interestingly, in many cases they did not know what the others knew. So by combining their knowledge, I was able to create what turned out to be, if I do say so myself, a thorough, useful book,” Bill said.

Whitewater Rafting went into multiple printings and sold 35,000 copies. More importantly, it fulfilled a dream and infused Bill with the confidence to turn his passion for rafting, sailing, and adventure into several more books:

His current project is a sequel to the novel to be called Gold Bay. A crime thriller, Bill’s new book will encompass the entire Bay Area during an imagined near-future time of societal turmoil and spiritual awakening.

Bill credits his traditional publisher with getting him wide distribution and lots of media publicity—but that was in the ‘70s. His original contract gave him a $5,000 advance, 10% on the first 5,000 books, and 15% thereafter. “A lot of contracts now start at and never go higher than 7%—and publicity budgets are not what they used to be,” he said.

Because he understood his status as a niche writer, he began self-publishing his guides and printing them in Hong Kong for about $2 a copy. When he’d finished his novel, it was a no-brainer to use the same process. So far the book has sold 17,000 copies and is available through his rafting company stores, at outfitter locations, during book talks, and (“of course”) Amazon.

For his next book, he again plans to self-publish—but with these changes:

Bill will talk about his book publishing and writing adventures during BAIPA’s June 13 panel discussion and afterwards in an afternoon workshop. In the meantime, you can check out his website: www.whitewatervoyages.com.

Jeffrey Samorano
Jeffrey is owner of WPinOneClick and creator of the Ultimate Website Starter Kit. Get your own WordPress website in 3 easy steps. Average turn around time is about 2 hours. Bundled with an entire eCourse that guides you, step-by-step, from branding and content to site launch and marketing integration. Find out more at https://wpinoneclick.com/
← BAIPA Member David Colin Carr at 10th Annual Writer's Journey Retreat
Laurie McAndish King Will be Speaking at June BAIPA Meeting →

UPDATE: BAIPA will continue to meet via ZOOM ONLY until it is safe to resume in-person meetings, which we are planning to try on May 6th, 2023 (see below for some initial info). Even when we decide to resume in-person events, we will continue the Zoom option. We are implementing all the recommended precautionary measures to keep our meetings private and safe for all participants. All members and visitors who register in advance will receive a link to attend via Zoom video conferencing. On the Friday evening before the meeting, we will send the link and … END_OF_DOCUMENT_TOKEN_TO_BE_REPLACED