You are here: Home / Author Platform / My Novel Takes Place in Sausalito, but I’m Calling it ‘Sausalypso.’ Is That a Good Idea?

I’m rewriting my fourth novel and I have a problem with the title. Or rather, others do.

I like it, but more than a few people, whose opinions I value, have questioned my use of “Sausalypso” instead of “Sausalito.” So far I’ve resisted listening to them. But I don’t want to be stubborn for the sake of being stubborn.

I’m writing fiction, but the story is loosely based on real events that happened in Sausalito in the late 1970s, where hippie squatters living in houseboats faced off against city leaders and developers, who wanted to remove them. When sheriff deputies attempted to evict houseboaters, they were met with protesters in their dinghies pushing away the police boats with oars. The conflict escalated when protesters sank a barge in the middle of the night to block construction equipment.

There was no murder, as far as I know. That part is 100 percent fictional.

In the book, there are a number of other instances where I have changed names, like swapping out Richardson Bay for “Rich Bay,” and I have a bar/restaurant called “The Bar Whose Name We Dare Not Speak,” which plays off the real No Name Bar on Bridgeway. I’ve also changed the name of former Sausalito Mayor Sally Stanford, who was a notorious brothel madam in San Francisco before she moved to Sausalito to open a restaurant and become mayor. I call her Sally Cal. Get it? Some people will.

My reason for these fictionalizing these names is to remind the reader that I’m not writing about the real Sausalito, but a parallel city I call Sausalypso. It gives me more creative license to make up whatever I want. Though I am careful to keep things set in the late 1970s. There are no cell phones or Teslas or lattes with oat milk.

Lots of fiction uses real place names. But plenty of authors make up names. One of my favorite writers, legal thriller author Scott Turow, sets most of his books in a fictional Kindle County, which is a thinly disguised Chicago/Cook County. Turow was born in Chicago and has lived and worked in the area most of his life. His fictionalized name for the Cubs baseball team is the Trappers.

I also like the whimsical sound of the word “Sausalypso.” I have also considered it by itself as a one-word title. Something like: Sausalypso: The Houseboat Wars Murder Mystery.

Of course, I can always come up with a title that does not have the city name in it, but I still need to use the name of the city in the novel. One idea is to call the book Gate 9: The Sausalypso Houseboat Wars Murder Mystery. There is no Gate 9, but there was and still is a Gate 5 and a Gate 6. (“The Gates” were the entrances to Marinship, the World War II ship factory on the Sausalito waterfront, where the houseboat harbors are today.)

I’d love to hear what you think — primarily about “Sausalypso” vs. “Sausalito,” as well as about the broader idea of fictionalizing real life names. 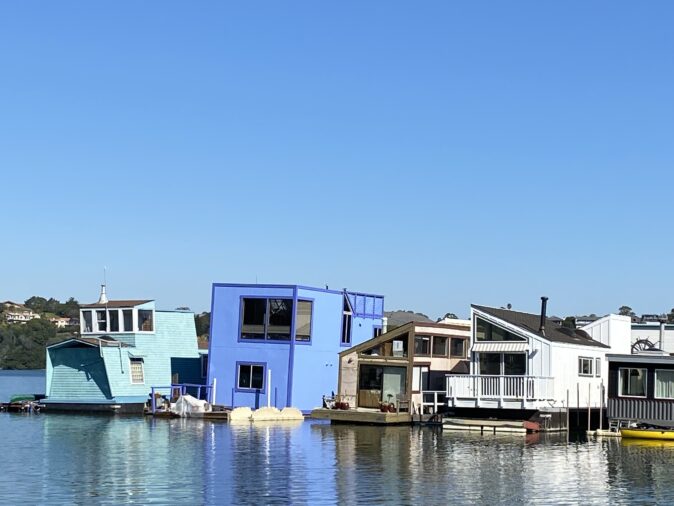 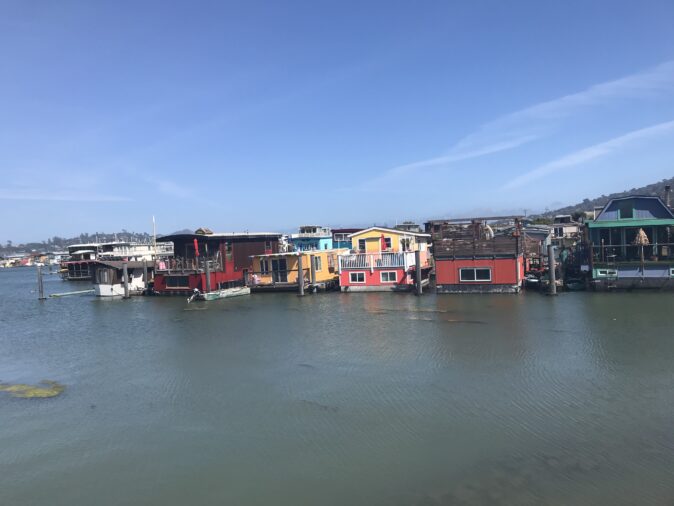 P.S. I’m not promising this is some democratic exercise. I reserve the right to ignore what you say. However, if I’m the only person who thinks “Sausalypso” is a good idea, I might reconsider.

With COVID-19 teaching us all how to function remotely, BAIPA will meet via ZOOM ONLY until it is safe to resume in-person meetings. (Even when we decide to resume in-person events, we will continue the Zoom option.) We are implementing all the recommended precautionary measures to keep our meetings private and safe for all participants. All members and visitors who register in advance will receive a link to attend via Zoom video conferencing. On the Friday evening before the meeting, we will send the link and password out to members and to non-members … END_OF_DOCUMENT_TOKEN_TO_BE_REPLACED