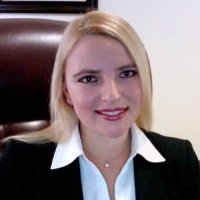 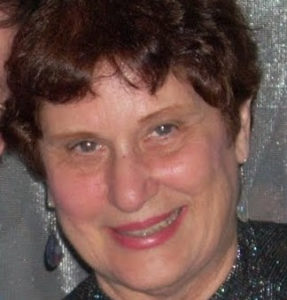 “You write to communicate to the hearts and minds of others what’s burning inside you, and we edit to let the fire show through the smoke.” Arthur Plotnik

CVK: Linda, why did you decide to become an editor?

LJ: To understand me, one has to know that I truly do have words in my DNA. My parents wrote murder mysteries and dramas for radio and television shows, from the 1940s through the 1970s. Their scripts were broadcast on “The Shadow,” “Mr. and Mrs. North,” and other famous radio shows when I was a kid in New York, and they even used to rehearse weird sound effects in the kitchen of our apartment, much to the concern of our neighbors! As an only child, I thought this was what “normal” parents did! Later, I found out that my parents were “unusual.”

In 1948, Dad was hired by the big NBC radio-TV station WLW in Cincinnati to be a dramatic show writer; Rod Serling joined the staff a year later and he and Dad co-authored a murder mystery for the Philip Morris (TV) Playhouse in 1954 – the only time Serling had a co-author. Serling went on to fame with “Twilight Zone.” I always loved the English language, reading, and writing, just like my parents did.

I was an English Literature major in college, and was always the newsletter editor, beginning in high school, then in college, and for many organizations, including the International Interactive Communications Society in San Francisco, the North Bay Multimedia Association, and, later, BAIPA. I’ve always liked to be a reporter and a researcher, and to find out what makes people tick. I like to get the story and tell the story.

When my late husband and I were transferred to Silicon Valley from Boston by Hewlett Packard in 1972, I became a freelance marketing copywriter and also an editor. I had always felt comfortable working with authors because my parents were writers. I understand writers, so becoming an editor was a natural choice.

I decided to work as a book manuscript copyeditor because I’m a very good writer (stated as a fact, not as a matter of ego), and I truly want to see authors’ books and stories succeed. Working with an excellent and knowledgeable copyeditor can make all the difference. I do, however, prefer to work with authors who are appreciative, pleasant and provide a healthy give-and-take of ideas and opinions, and I love to work on projects that really interest me.

CVK: What career accomplishments are you most proud of?

LJ: My first job out of college, in 1962 as an advertising copywriter in the Trade Book Department at Little, Brown. Competition was fierce for that job – applicants had to write back jacket copy for a book called The Collector by John Fowles. I knew I was a good writer and I had confidence that I would get the job. Other career accomplishments – in the past ten years, I’ve copyedited book manuscripts for many authors in the U.S. and other countries on topics ranging from business and memoirs to children’s books, and books about vampires and zombies. I have great relationships with “my” authors, and often work on several books with them. I’m also very proud of all the profiles and feature stories I’ve written for national magazines over the years, on topics ranging from television technology to artists, bankers, businesspeople, Cherokee Indians, and multimedia enthusiasts. I’m proud that last year I started the Petaluma Radio Players, a troupe of actors, musicians, sound and lighting folks, and I’ve even acted in a radio script by a New York playwright – a side career that may develop.

CVK: Working with authors is probably exciting. Do you face any challenges?

LJ: Oh, sure. Some authors think they “ought” to work with a manuscript copyeditor, but when it really comes down to it, they don’t want even one word changed! If I have to convince an author to really consider my suggestions/edits seriously, the likelihood is that he or she is not going to be open to a good dialogue about ways to improve the manuscript so that it is in the best shape possible. If an author is closed to the possibility of changing structure, words, or scenes in a manuscript, then why hire a copyeditor in the first place? Copyeditors are on the author’s side.

CVK: Linda, what do you read on your own time?

LJ: I like to read autobiographies, biographies – no surprise there, since I like to know what makes people tick, history, background of how works of art are created, humor, and certain poetry – such as poems by the genius Ogden Nash, and, sometimes, plays.

CVK: Please tell me about your role at BAIPA.

LJ: I’ve been a Board member at BAIPA for probably ten or more years. I’ve always worked in the communications area, either as a newsletter reporter or copyeditor or editor-in-chief, and nowadays, as the blog co-editor and co-writer.

CVK: What’s a good way for an author to contact you?

LJ: My email address is [email protected], and my phone number is 415-320-0083. My website is in progress, but I do have a great testimonials page – wordsbylj.com. I have decades of experience working with authors – it’s truly my passion.

UPDATE: BAIPA will continue to meet via ZOOM ONLY until it is safe to resume in-person meetings, which we are planning to try on May 6th, 2023 (see below for some initial info). Even when we decide to resume in-person events, we will continue the Zoom option. We are implementing all the recommended precautionary measures to keep our meetings private and safe for all participants. All members and visitors who register in advance will receive a link to attend via Zoom video conferencing. On the Friday evening before the meeting, we will send the link and … END_OF_DOCUMENT_TOKEN_TO_BE_REPLACED