You are here: Home / Archives for WoodyWeingarten

Woody Weingarten, San Anselmo author of Grampy and His Fairyzona Playmates as well as Rollercoaster: How a man can survive his partner’s breast cancer, has been an award-winning editor and writer for more than six decades. Now he’s a feature writer, reviewer-critic, blogger and publisher — despite allegedly being retired. He's busily working on another book that anthologizes 70 newspaper columns he wrote over an 11-year period, rewriting a book interrupted by the pandemic that's about keeping the sizzle in relationships, and staying active in his dotage by being a doting grandpa. 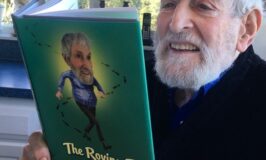 The Roving I, my just-launched book, can be a holiday gift for you, your family, and your friends — and that purchase can also act as a present of sorts for me, its author, since it coincides with my 85th birthday. The new anthology — available in … END_OF_DOCUMENT_TOKEN_TO_BE_REPLACED 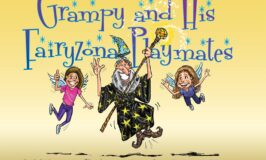 Hey, guys, our operative phrase is “at last.” It took more than five years to actually launch Grampy and His Fairyzona Playmates, a kids’ fantasy book that I co-wrote with my granddaughter, Hannah Schifrin, when she was eight and I was 78 — a mere … END_OF_DOCUMENT_TOKEN_TO_BE_REPLACED

With COVID-19 teaching us all how to function remotely, BAIPA will meet via ZOOM ONLY until it is safe to resume in-person meetings. (Even when we decide to resume in-person events, we will continue the Zoom option.) We are implementing all the recommended precautionary measures to keep our meetings private and safe for all participants. All members and visitors who register in advance will receive a link to attend via Zoom video conferencing. On the Friday evening before the meeting, we will send the link and password out to members and to non-members … END_OF_DOCUMENT_TOKEN_TO_BE_REPLACED