You are here: Home / Author Platform / A Field Guide to the F Word gets Published through a BAIPA Collaboration

Longstanding BAIPA member Ben Parker, having passed the age of 94, has finally published A Field Guide to the F Word. This is actually the second edition, the first printed in 2001 though the text was originally copyrighted in 1991. We know how slow the writing process can be—and some of us have been graced with enough years to complete it!

BAIPA treasurer Val Sherer designed the first edition. When Ben decided he wanted to edit the text, I was brought on board—reluctantly, in fact, because he found the first edition charming and satisfying. But Ben’s impetuosity prevailed. It took several rounds of editing, recreating the pdfs, and re-editing—including text changes once proofs were coming in from CreateSpace (fine printing, curling cover) and IngramSpark (fine cover, but fuzzy blotchy printing on paper that’s not opaque). Val slogged through it valiantly with the boys.

When it looked like the end was in sight, designer member Jeff Brandenburg took on technical details like setting up accounts with CS and IS, creating the website fieldguidetothefword.com and advising on Amazon Author Central and other seemingly blind alleys in the publishing maze.

It was my first foray into managing book production and supervising Clare Stuber, his virtual assistant in Atlanta, who took on social media (or there wouldn’t be any) and finding reviewers. I took it on because Ben didn’t have the energy−and he’s delighted this phase is done so he can settle back into the creativity of the editorial process.

The book is available so far only through Amazon, but we’re looking for distribution into book and gift stores.

And great news: BAIPA Board VP David Kudler just signed on to create the ebook. (And thanks to his dedicated research, the price was set a lot higher than Ben considered viable. We’ll see …)

It’s been a warm, intelligent, collegial process−everything we’re involved with BAIPA for. 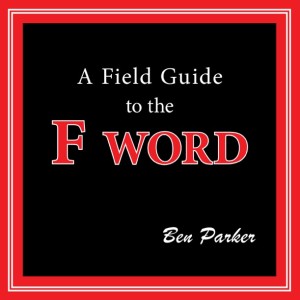 Jeffrey Samorano
Jeffrey is owner of WPinOneClick and creator of the Ultimate Website Starter Kit. Get your own WordPress website in 3 easy steps. Average turn around time is about 2 hours. Bundled with an entire eCourse that guides you, step-by-step, from branding and content to site launch and marketing integration. Find out more at https://wpinoneclick.com/
← Several Book Events for Aleta George Coming Up
Lee Foster Speaking about Indie Publishing on Saturday, October 3 in San Francisco →

With COVID-19 teaching us all how to function remotely, BAIPA will meet via ZOOM ONLY until it is safe to resume in-person meetings. (Even when we decide to resume in-person events, we will continue the Zoom option.) We are implementing all the recommended precautionary measures to keep our meetings private and safe for all participants. All members and visitors who register in advance will receive a link to attend via Zoom video conferencing. On the Friday evening before the meeting, we will send the link and password out to members and to non-members … END_OF_DOCUMENT_TOKEN_TO_BE_REPLACED