BAIPA member Aleta George has two book events coming up around her book “Ina Coolbrith: The Bittersweet Song of California’s First Poet Laureate,” during the centennial of Coolbrith being crowned during the Panama-Pacific International Exposition.

George is a journalist and independent scholar who writes about nature and culture in California. Her work has been featured in Smithsonian.com, High Country News, the San Francisco Chronicle, and Bay Nature magazine. This is her first book.
* * *
Hey BAIPA members—I hope to see you at one of my upcoming fall events.
Say hi before the event so that during the talk I can give a shout out to BAIPA,
which was invaluable in helping me publish this book independently.
Aleta 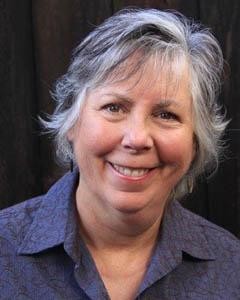 Why Books Inc. in Berkeley?
– Ina was the first woman in America to write a commencement ode when she wrote “California” for the University of California in 1871. She wrote another ode for the 1876 graduating class that included two women.
– Anton Roman, the founder of Books Inc., published “Outcroppings,”California’s first poetry anthology, and “Overland Monthly,” the early American West’s most critically acclaimed magazine, both of which published Ina’s poetry.
– Ina lived in Berkeley as an octogenarian and died in Berkeley on leap day, February 29, 1928. Her memorial service was held at St. Mark’s Episcopal Church.

Why Book Passage in San Francisco?
– Ina loved San Francisco and called it her “city of love and desire.” I appreciate every opportunity to celebrate Ina in her beloved city. Come hear stories about Ina and John Rollin Ridge, Bret Harte, Mark Twain, Charles Warren Stoddard, and John Muir.
– Book Passage helped me write this book with several workshops and classes.

With COVID-19 teaching us all how to function remotely, BAIPA will meet via ZOOM ONLY until it is safe to resume in-person meetings. (Once in-person events are able to resume, we will continue the Zoom option.) We are implementing all the recommended precautionary measures to keep our meetings private and safe for all participants. All members and visitors who register in advance will receive a link to attend via Zoom video conferencing. On the Friday evening before the meeting, we will send the link and password out to members and to … END_OF_DOCUMENT_TOKEN_TO_BE_REPLACED