You are here: Home / humor / Tom Finnegan Shares a Blooper

— Several spellings of “Ronald Regan” in the subtitling.

(Who knows? Perhaps the president thought it would be fun to play, with his secretary of state and White House chief of staff, Donald Reagan, the school kid prank of name switching.)

— Mentions of “the Viet Kong” in several places.

(If the company hired to do the subtitling continues to get contracts, we may soon see references to the giant gorilla of Hollywood fame, Cing Cong. Or is that the giant guerrilla?)

— “The morays of the country are going to hell.” 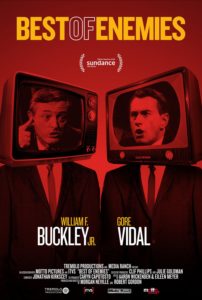 UPDATE: BAIPA will continue to meet via ZOOM ONLY until it is safe to resume in-person meetings, which we are planning to try on May 6th, 2023 (see below for some initial info). Even when we decide to resume in-person events, we will continue the Zoom option. We are implementing all the recommended precautionary measures to keep our meetings private and safe for all participants. All members and visitors who register in advance will receive a link to attend via Zoom video conferencing. On the Friday evening before the meeting, we will send the link and … END_OF_DOCUMENT_TOKEN_TO_BE_REPLACED