You are here: Home / BAIPA News / John Brooks Will be Speaking at June BAIPA Meeting

The Real Life of “Selfies” (Self-Publishers)—Five BAIPA Members, from First-timers to Pros—Tell Their Stories.

That’s what you have to look forward to at the next BAIPA meeting on June 13.

There will be a blog post about each of the speakers prior to the event.  And now, meet John Brooks. 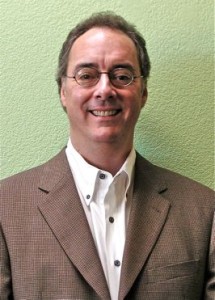 “There is no road map for dealing with suicide survivors. We all grieve differently, many of us feeling as if we have post-traumatic stress disorder, like combat veterans. So don’t give us distance. Stay with us, hug us and listen because we need to talk—a lot.”

—from John Brook’s November 30, 2014 opinion piece in the SF Chronicle

After several decades in corporate finance and investment banking, John Brooks changed his life as a result of losing his teenage daughter Casey to suicide in January, 2008. Now he has dedicated himself to mental health and suicide prevention activism through public speaking, volunteer work, and writing – primarily including his blog www.parentingandattachment.com and his memoir The Girl Behind the Door, which has won the Benjamin Franklin Silver Award for Parenting and Family Issues. This accolade is administered by the Independent Book Publishers Association and is regarded as one of the highest national honors for independent publishers.

John’s memoir integrates a tragic personal adoption story with information from experts to help other adoptive parents. His story recounts his journey to understand what led his 17-year-old to take her own life. His research took him back to her abandonment at birth and adoption from a Polish orphanage. He discovered a condition known as attachment disorder, a broad term used to describe mood, social and behavioral disorders arising from a failure to form normal attachments in early childhood.

John has discussed his experiences and research on the Dr. Phil Show, and his opinion articles have been featured in the SF Chronicle and Marin Independent Journal, as well as on KQED-FM.

His first visit to BAIPA in 2013 led him to Ruth Schwartz, who helped him turn his manuscript into a book and Joel Friedlander, who helped him begin is online marketing campaign. John will outline his self-publishing adventure as part of the June 13 panel, where attendees can ask how “Dumb Luck” nabbed him a publishing contract with Simon & Schuster.

Jeffrey Samorano
Jeffrey is owner of WPinOneClick and creator of the Ultimate Website Starter Kit. Get your own WordPress website in 3 easy steps. Average turn around time is about 2 hours. Bundled with an entire eCourse that guides you, step-by-step, from branding and content to site launch and marketing integration. Find out more at https://wpinoneclick.com/
← Laurie McAndish King Will be Speaking at June BAIPA Meeting
2016 San Francisco Writers Conference Early Bird Registration Ends this SUNDAY, May 31 →

UPDATE: BAIPA will continue to meet via ZOOM ONLY until it is safe to resume in-person meetings, which we are planning to try on May 6th, 2023 (see below for some initial info). Even when we decide to resume in-person events, we will continue the Zoom option. We are implementing all the recommended precautionary measures to keep our meetings private and safe for all participants. All members and visitors who register in advance will receive a link to attend via Zoom video conferencing. On the Friday evening before the meeting, we will send the link and … END_OF_DOCUMENT_TOKEN_TO_BE_REPLACED