You are here: Home / Author Platform / Ivan Light will Discuss His Book, Deadly Secret of the Lusitania, at Book Passage 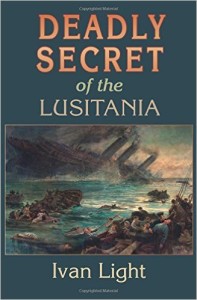 BAIPA member Ivan Light will introduce and discuss his historical thriller, Deadly Secret of the Lusitania, at Book Passage in the San Francisco Ferry building on January 11 at 6pm. The book is spy fiction that addresses the political cover-up in the United States that followed the sinking of the Lusitania in 1915, and finally brought the United States into World War I. His presentation includes an eight-minute propaganda film from 1918 as well as sing-alongs of pro- and anti-war tunes from the period.

Ivan Light is Professor Emeritus of Sociology from the University of California, Los Angeles. He is the author of seven books, of which five address ethnic minority and immigrant entrepreneurship. He received the “Distinguished Career Award” from the International Migration Section of the American Sociological Association in 2000 in recognition of his pioneering publications dealing with immigrant and ethnic minority entrepreneurship.

Ivan Light knew for a long time that the story of the Lusitania was a rollicking-good yarn that Americans would enjoy, but for many years he did nothing about it. However, when he retired from the faculty of the University of California, he began work on the long-deferred project. Deadly Secret of the Lusitania was the result.

Ivan’s credits his motivation to write this book to his mother, who grew up in the German/Hungarian colony of St. Louis, Missouri, during the First World War, and told sometimes-humorous, sometimes-indignant stories about repression and public hostility to German-Americans.

For more about the book, visit deadlysecretofthelusitania.com. 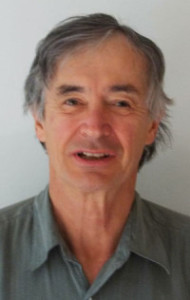 Share this…
← Call for Entries: Nautilus Book Awards
(Past Event) Learn What Editors Do at the December BAIPA Meeting →

With COVID-19 teaching us all how to function remotely, BAIPA will meet via ZOOM ONLY until it is safe to resume in-person meetings. (Even when we decide to resume in-person events, we will continue the Zoom option.) We are implementing all the recommended precautionary measures to keep our meetings private and safe for all participants. All members and visitors who register in advance will receive a link to attend via Zoom video conferencing. On the Friday evening before the meeting, we will send the link and password out to members and to non-members … END_OF_DOCUMENT_TOKEN_TO_BE_REPLACED