You are here: Home / Author Platform / Gael Chandler to be Interviewed on KPFA 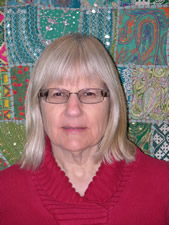 Hollywood film editor, author, educator and BAIPA member Gael Chandler will be interviewed on KPFA’s UpFront show on February 25 from 2-3pm by Brian Edwards Tiekert about her book, Chronicles of Old San Francisco.

In her book, Chandler takes readers through more than 250 years of American history with exciting essays on topics such as the city’s origins to the founding of the Presidio of San Francisco and the Mission San Francisco de Asis to its modern role as the progressive and innovative heart of a nation.

UPDATE: BAIPA will continue to meet via ZOOM ONLY until it is safe to resume in-person meetings, which we are planning to try on May 6th, 2023 (see below for some initial info). Even when we decide to resume in-person events, we will continue the Zoom option. We are implementing all the recommended precautionary measures to keep our meetings private and safe for all participants. All members and visitors who register in advance will receive a link to attend via Zoom video conferencing. On the Friday evening before the meeting, we will send the link and … END_OF_DOCUMENT_TOKEN_TO_BE_REPLACED