You are here: Home / Amazon / ‘Five-Minute Feedback’ at August 7 Meeting — Any Takers?

In May, we debuted Five-Minute Feedback, which could become a regular part of our meetings, if members choose to take advantage of the opportunity.

For those of you who weren’t here in May, I was the guinea pig for that first go-around. I shared five different cover redesigns of my first novel, Bones in the Wash: Politics is Tough. Family is Tougher. The feedback and the poll were very useful for me, and I heard from others that the discussion was stimulating. 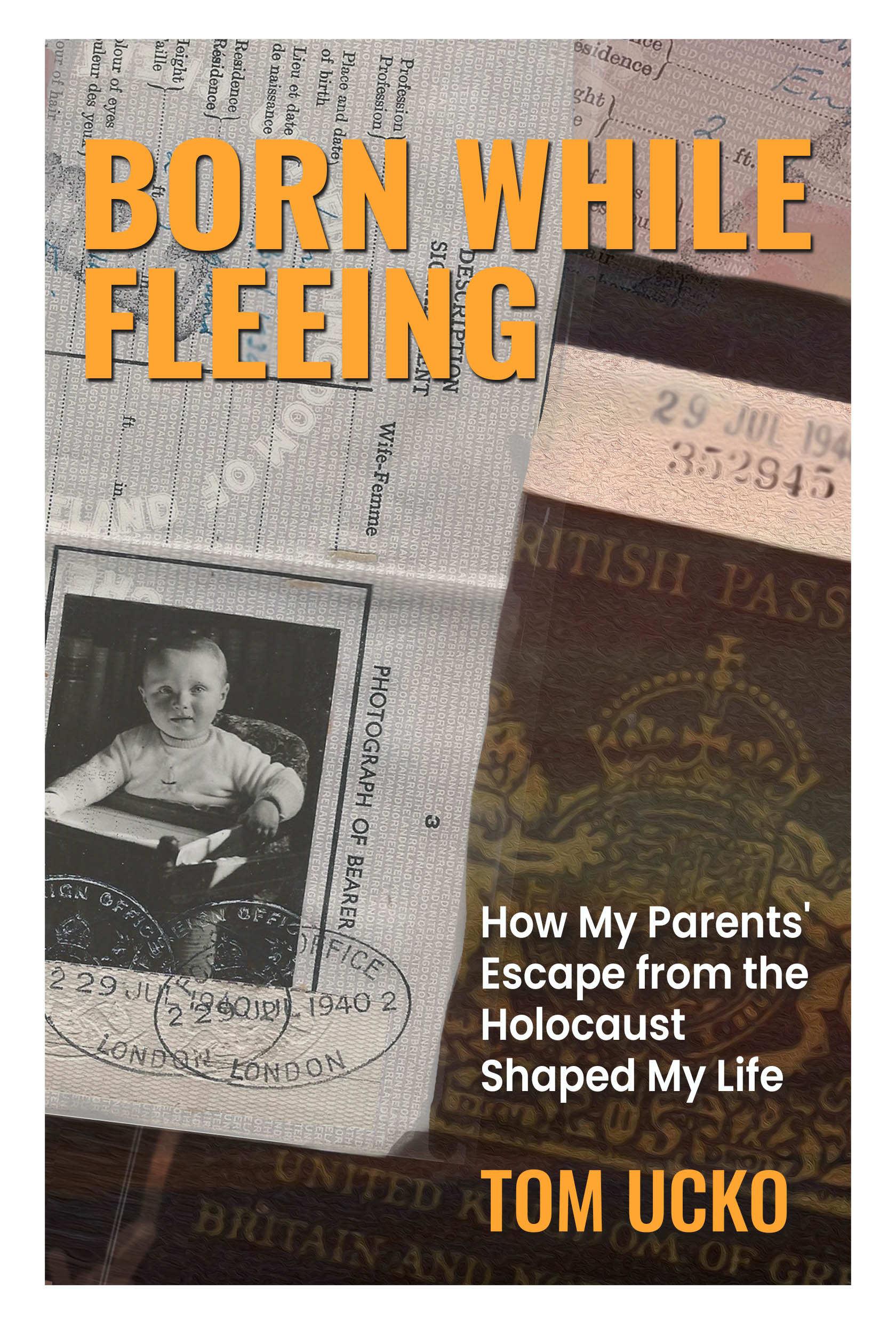 We had someone lined up for the June meeting, but it fell through. Thanks to Tom Ucko, who was struggling with a title for his book, we came up with one on the fly, and it helped him decide on the title Born While Fleeing: How My Parents’ Escape from the Holocaust Shaped My Life. (You can see the draft cover design on the right. )

We have a slot available at the August 7 meeting as well as future meetings. Contact me at [email protected] if you’re interested.

Maybe you’re trying to decide between three book titles, or you’re struggling with your elevator pitch and need some suggestions. Could be a book blurb you need help with. You can get feedback at the meeting and we can also follow it up with a post here in the blog.

To get you in the mood, I’m going to insert myself into the process again and share some Amazon ad copy with you.

I recently almost completed the free Bryan Collins Amazon Ad School Five Day Challenge and one of the important elements is coming up with the best 149-character hook for your ad. Here’s one ad I launched.

Here are five hooks, variations on a theme.

We’re not going to solicit feedback on this at the meeting — I had my turn already — but I’d love to hear which hook you think is strongest in the comments.

Print
← Why I Joined the BAIPA Board
8/7/21 BAIPA Meeting: Sell More Books! with Penny Sansevieri →

With COVID-19 teaching us all how to function remotely, BAIPA will meet via ZOOM ONLY until it is safe to resume in-person meetings. (Even when we decide to resume in-person events, we will continue the Zoom option.) We are implementing all the recommended precautionary measures to keep our meetings private and safe for all participants. All members and visitors who register in advance will receive a link to attend via Zoom video conferencing. On the Friday evening before the meeting, we will send the link and password out to members and to non-members … END_OF_DOCUMENT_TOKEN_TO_BE_REPLACED