Joe Sabah has died.  He is remembered by many BAIPA members (such as former BAIPA President Pete Masterson, and current member Bill Amatneek) as an entertaining speaker at the 1999 and 2003 BAIPA Annual Seminars. 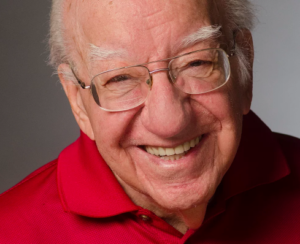 Perhaps the only speaker ever to appear at the Annual Seminars while wearing his bathrobe, there was a reason for that memorable choice of attire.  Joe’s message was that — so he said — he made an easy living sitting at home in his bathrobe, selling his books, mostly by being interviewed about them on call-in radio shows.  He had compiled a long list of those radio shows on which authors were interviewed, and sold that list to some of the hungry book publishers at BAIPA (or so legend has it).

For “general audience” books, his point that call-in radio shows were a practical way for an author to gain publicity for his or her book made sense.  His presentation was recalled as being upbeat, positive, and jovial – all features of Joe’s personality.

Word of his November 24 death in Colorado came recently from Judy Sabah, Joe’s former wife and business partner.  For any BAIPA members who purchased the Radio Talk Show System, if you have any questions or updates, you can contact Judy at:  [email protected]. Beginning in 2020, Judy will be facilitating Speak for Fun and Profit Classes, and is the organizer for the Speakers in Colorado Meetup, which Joe started in 2008.

Print
← Welcome back Arlene Miller as Board Secretary —  Zooming In to BAIPA Meetings from Florida!
Book Cover Design Contest at December Meeting →

With COVID-19 teaching us all how to function remotely, BAIPA will meet via ZOOM ONLY until it is safe to resume in-person meetings. (Once in-person events are able to resume, we will continue the Zoom option.) We are implementing all the recommended precautionary measures to keep our meetings private and safe for all participants. All members and visitors who register in advance will receive a link to attend via Zoom video conferencing. On the Friday evening before the meeting, we will send the link and password out to members and to … END_OF_DOCUMENT_TOKEN_TO_BE_REPLACED