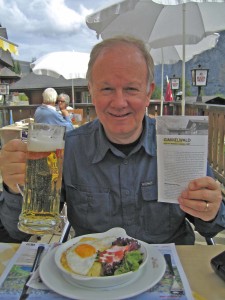 The two video wizards—Dick Jordan and Allen Bronstein—who described and showed BAIPA members at our July meeting how to make achievable videos with a smartphone, have now edited the demo video they filmed there. For those who were not able to attend this informative meeting, Dick Jordan provided, in the morning session, a lucid overview analysis of the video possibilities for independent authors. Dick’s thorough analysis was summarized in his 14-page handout. (I will bring extra copies to the August meeting.) Dick has also given me a PDF of his document. On the PDF, all the links are live: Why Produce Video?

In the afternoon workshop, Dick was joined by videographer Allen Bronstein, who gave an informative talk on equipment and technique. 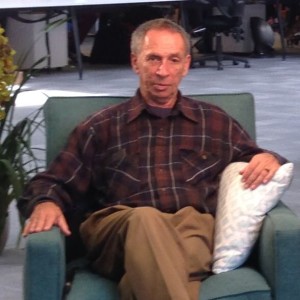 Following that, Allen and Dick performed a demo video capture of me discussing my book Travels in an American Imagination. Allen used only his smartphone and a single light with a reflector. The point of the demo was that a BAIPA author could learn to perform all three roles—cameraperson, interviewer, and interviewee—and develop polished videos.

The goal of the afternoon was to shoot, edit, and publish a two-minute author-interview video. There were some technical glitches, perhaps related to the Key Room’s AV system interacting with the smartphone camera; Allen wanted to project on the screen, for its pedagogical value, what he was actually filming. He powered through the glitches and got his capture, but there was not enough time to do the editing and publish it.

Allen’s completed editing of the project appears as a YouTube two-minute video of Dick’s interview with me. You can view this at: Interview with author Lee Foster.

For its instructional value, Allen has also posted a longer video showing just how he processed the capture with iMovie on his Mac computer. He shows here how he put the video/sound together, with some photos I supplied from the book, adding other photos that he selected from the Internet. There are a lot of helpful tips about how he edited, including how he gets the “Ken Burns Effect,” of moving across a still image, creating a sense of motion and changing focus with a still image. You can view this video at: Editing an Interview in iMovie.

Allen also put both videos up on the parallel video distribution site, Vimeo, a practice that he recommends. You can view these at:

An Interview with author Lee Foster. 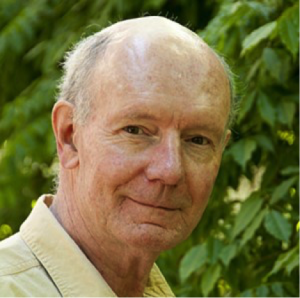 Editing an Interview in IMovie.

This hands-on performance by Allen and Dick was illuminating for many BAIPA members, who may have thought that making videos was too complicated to consider doing themselves. Allen limited himself to his smartphone camera, a tripod, a smartphone camera holder called a “Beastgrip,” a wired mic, a single light, and a single reflector. Using the Beastgrip, he was able to screw in a “longer” lens, transforming the “wide-angle” effect of the smartphone into a “normal range” look with no distortion.

See the detailed BAIPA post on Dick Jordan and Allen Bronstein, with their contact information, at dickjordanandallenbronstein.

Jeffrey Samorano
Jeffrey is owner of WPinOneClick and creator of the Ultimate Website Starter Kit. Get your own WordPress website in 3 easy steps. Average turn around time is about 2 hours. Bundled with an entire eCourse that guides you, step-by-step, from branding and content to site launch and marketing integration. Find out more at https://wpinoneclick.com/
← Author Julie Freestone Talks about Using a Website to Promote Her Book
Author Interview — Doug Greene’s Journey from Grief to Grace →

With COVID-19 teaching us all how to function remotely, BAIPA will meet via ZOOM ONLY until it is safe to resume in-person meetings. (Even when we decide to resume in-person events, we will continue the Zoom option.) We are implementing all the recommended precautionary measures to keep our meetings private and safe for all participants. All members and visitors who register in advance will receive a link to attend via Zoom video conferencing. On the Friday evening before the meeting, we will send the link and password out to members and to non-members … END_OF_DOCUMENT_TOKEN_TO_BE_REPLACED