You are here: Home / BAIPA News / The Real Life of “Selfies” (Self-Publishers)—Five BAIPA Members, from First-timers to Pros—Tell Their Stories

Just HOW do you do it . . . get from manuscript to marketplace? Find out at the next BAIPA meeting  on June 13 from 9am to 4pm.

In the morning program, you will hear the travels, travails, and tips from a panel of fellow BAIPA members who have successfully navigated the Road to Publication.

First-timer John Brooks wrote a memoir about his daughter called The Girl Behind the Door. It won the IBPA Silver Award in the Parenting and Family category. 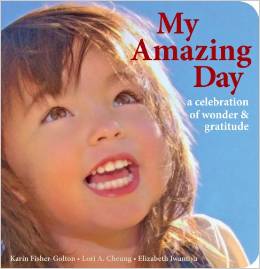 Karin Fisher-Golton wrote My Amazing Day: A Celebration of Wonder and Gratitude, which was a finalist in the Foreword Reviews‘ 2013 INDIEFAB Book of the Year Award, Picture Book, Early Reader category.

Laurie King wrote Lost, Kidnapped, Eaten Alive! True Stories from a Curious Traveler, which Kirkus Reviews called “An engaging, meticulously observed journey that brings other cultures alive.” Author Michael Shapiro called it a “rollicking ride” from start to finish. Laurie has also won “Best essay/story” awards from the Bay Area Travel Writers, as well as a number of other recognitions.

Lee Foster wrote Minnesota Boy: Growing Up in Mid-America, Mid-20th Century. Lee has won eight Lowell Thomas Awards, the highest awards in his chosen field of travel publishing. He has been named Travel Journalist of the Year.

Bill McGinnis wrote Whitewater: A Thriller as well as Whitewater Rafting, a bible for the sport. He is founder of Whitewater Voyages.

The speakers will also be available in the afternoon, when they will conduct short workshops on these topics: Planning a Book Launch; How to Crowdfund; EBook Publishing Strategies, Twitter . . . and more.

Jeffrey Samorano
Jeffrey is owner of WPinOneClick and creator of the Ultimate Website Starter Kit. Get your own WordPress website in 3 easy steps. Average turn around time is about 2 hours. Bundled with an entire eCourse that guides you, step-by-step, from branding and content to site launch and marketing integration. Find out more at https://wpinoneclick.com/
← BAIPA Member Sue Edelman's Book, "Be Your Own Brand of Sexy: A New Sexual Revolution for Women," Wins GRAND PRIZE!
POD Services at Sacramento Public Library →

With COVID-19 teaching us all how to function remotely, BAIPA will meet via ZOOM ONLY until it is safe to resume in-person meetings. (Even when we decide to resume in-person events, we will continue the Zoom option.) We are implementing all the recommended precautionary measures to keep our meetings private and safe for all participants. All members and visitors who register in advance will receive a link to attend via Zoom video conferencing. On the Friday evening before the meeting, we will send the link and password out to members and to non-members … END_OF_DOCUMENT_TOKEN_TO_BE_REPLACED