BAIPA member JoAnn Smith Ainsworth is an award-winning author with five published novels  After getting her rights back for her fifth novel, Expect Trouble, because of problems with a traditional publisher, JoAnn is independently publishing the book through BookBaby; it should be released in March. A sixth novel, Expect Deception, will be released by She Writes Press on June 21.

JoAnn, a senior citizen on a pension, is doing a crowdfunding campaign to raise marketing money for book tours to promote her new WW II paranormal suspense novel, Expect Deception. To learn more about the campaign, click here. 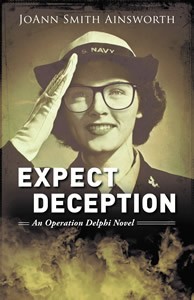 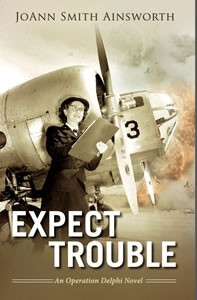 “The impetus behind my writings lies in a desire to illustrate through the lives of my characters that small moments of courage are all it takes to attain what we seek from life.”

With COVID-19 teaching us all how to function remotely, BAIPA will meet via ZOOM ONLY until it is safe to resume in-person meetings. (Even when we decide to resume in-person events, we will continue the Zoom option.) We are implementing all the recommended precautionary measures to keep our meetings private and safe for all participants. All members and visitors who register in advance will receive a link to attend via Zoom video conferencing. On the Friday evening before the meeting, we will send the link and password out to members and to non-members … END_OF_DOCUMENT_TOKEN_TO_BE_REPLACED