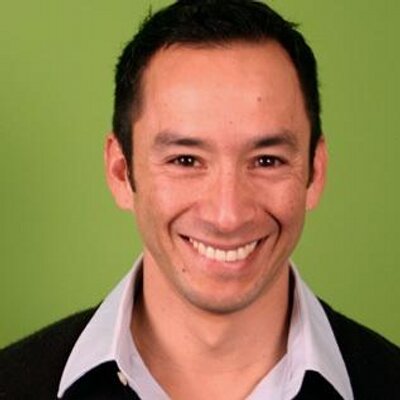 Jim Azevedo first met Smashwords founder Mark Coker in 1994 at Dovetail, where they worked to garner publicity for their high-tech clients.

When he got burned out, Azevedo joined a heavy metal band, playing drums in a chicken costume.

Being in a band thrust him into the indie scene. The band is still together 16 years later. But they’re not on a major label. They have to book and promote their own shows, record their own music.

Meanwhile, Mark Coker, who also burned out from the high-tech world, wrote a book with his wife, called Boob Tube. She was a reporter for a soap opera magazine who saw that the lives of actors were more interesting than the soap operas. And that might make for a good book.

She didn’t know how to write a book. Neither did her husband. They decided to do it together. They interviewed actors. Sent out 100 query letters. Got an agent who shopped the book around. After two years, no offers. Many of the publishers liked the book, but didn’t think it would sell. They didn’t think soap opera fans read books.

Coker wondered if the publishing industry model was broken. If our book is as good as we believe it is, he thought, there must be lots of authors like us, who have given up.

That’s how Jim Azevedo started his talk at the January 14 BAIPA meeting, with the origin story of the company he now serves as marketing director. Then he launched into the meat of this presentation, about how easy it is to publish your book on Smashwords.

You sign up for a free account. Upload a word file. Click publish. Your book gets converted to epub, mobi, and other ebook files types. That takes three to five minutes, and then the book is available. If there’s a formatting problem, Smashwords will tell you how to fix it.

When your book starts to sell, you get 60 to 80 percent of the royalty. Smashwords primarily sells through its retail partners, like Barnes and Noble, Apple, and Kobo.

Azevedo went over the trends that have led to the rise of independent publishing.

First is the decline of brick-and-mortar bookstores. Customers want lower prices and convenience. They can find almost any book they want online.

Second is that readers are increasingly reading on screens, even on their phones. So the ebook has jumped from about 1 percent of the U.S. trade market in 2008 to more than 25 percent today. That’s in revenue, not units. Because ebooks are cheaper, there are now almost as many books read on screens as on paper.

What really made ebooks take off, Azevedo said, was that adjusting for font size made for easy reading, the ease of traveling with your reading material, as well as intangibles, like being able to cllck on words to look them up.

A third factor is the stigma that was associated with self-publishing has evaporated. Authors like Amanda Hocking and E.L. James (Fifty Shades of Grey) have helped make that happen. You can’t argue with success, Azevedo says.

Three more important factors. Ebooks never go out of print. You maintain total control over your books. (If you want to upload a new cover image and spark sales, you can. At no cost.) Expenses are low and you can set a low price to reach more readers.

But while it’s easier to publish your book, he warns, you still have to write an awesome book if you’re going to succeed. Which means editing, revising, editing again, engaging with beta readers, editing again, and so on.

Azevedo also presented a more specialized workshop in the afternoon sharing the best practices of the most successful self-published ebook authors.

Thanks, Jim, for an entertaining and educational presentation.

With COVID-19 teaching us all how to function remotely, BAIPA will meet via ZOOM ONLY until it is safe to resume in-person meetings. (Even when we decide to resume in-person events, we will continue the Zoom option.) We are implementing all the recommended precautionary measures to keep our meetings private and safe for all participants. All members and visitors who register in advance will receive a link to attend via Zoom video conferencing. On the Friday evening before the meeting, we will send the link and password out to members and to non-members … END_OF_DOCUMENT_TOKEN_TO_BE_REPLACED