You are here: Home / Author Platform / Gael Chandler to Speak About Her Book at Book Passage 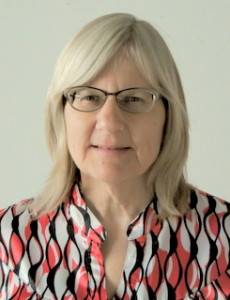 Hollywood film editor, author, educator and BAIPA member Gael Chandler will be talking about her book, Chronicles of Old San Francisco, on Saturday, October 10, 7pm, at Book Passage in Corte Madera. She will also run the trailer she created for the book.

Discover one of the world’s most unique and fascinating cities through 28 dramatic true stories spanning the colorful history of San Francisco. In her book, Chandler takes readers through more than 250 years of American history with exciting essays on topics such as the city’s origins to the founding of the Presidio of San Francisco and the Mission San Francisco de Asis to its modern role as the progressive and innovative heart of a nation.

“I would love to see BAIPA members there, and feel free to invite friends,” says Chandler. 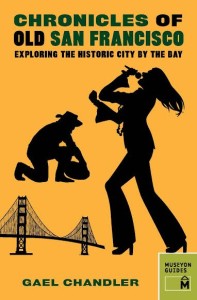 Lily OBrien
I am a professional copyeditor, proofreader and writer with a background and experience in both journalism and public relations, and a speciality in arts and entertainment. I have written feature articles for a variety of newspapers and magazines, including the Pacific Sun, the San Francisco Classical Voice, the San Francisco Chronicle and the Marin Independent Journal.
← Lee Foster Speaking about Indie Publishing on Saturday, October 3 in San Francisco
Wasted Author Tour Comes to Berkeley, Marin →

With COVID-19 teaching us all how to function remotely, BAIPA will meet via ZOOM ONLY until it is safe to resume in-person meetings. (Even when we decide to resume in-person events, we will continue the Zoom option.) We are implementing all the recommended precautionary measures to keep our meetings private and safe for all participants. All members and visitors who register in advance will receive a link to attend via Zoom video conferencing. On the Friday evening before the meeting, we will send the link and password out to members and to non-members … END_OF_DOCUMENT_TOKEN_TO_BE_REPLACED