I called in and received multiple busy signals, so I gave up, but sent these comments by email:

Proofreading seems to have gone out of style — or investment  — by publishers. Including KQED who spells your guest’s name D-R-Y-E-R on the website. (They did correct this after the show aired.) 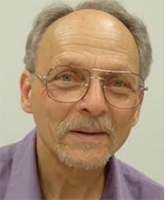 Most people read subvocally. Commas are the best way I know to instruct them on the inflection of a sentence, like saying “pause or inhale here.”

I find almost no use for semi-colons (except in a series of phrases of five words or more, instead of commas) — which are often used to add parenthetical explanation. I much prefer the long dash — but that’s purely stylistic. (I agree for the BAIPA audience with Dreyer’s position to use a comma before the conjunction at the end of the series. It is the publishing industry standard now — and, in my experience, eliminates confusion. Which is the goal of clear writing.)

As to grammar, I argue with good writers who are afraid of incomplete sentences, especially if they carry the spirit of the narrator’s voice. Also. short sentences tend to add intensity by insisting on an inhalation for subvocal readers. More and frequent inhalations are part of excitement in our human bodies. So that’s a good way to convey that feeling in readers. And most of us writers want to excite our readers.

Peeve: “give it to her and I” — what happened to object pronouns? They disintegrated under the attempt to sound well-educated (or high-falutin’). As has the following:

“How may I help you?” My answer is always: graciously. “How may” demands an adverb that modifies the verb “may.” “How can” asks for the performance or name of an action — therefore a noun or a verb.

And a third irqsome usage: using “whom” when “who” is appropriate. Just found this one in a current bestseller, which I’ve forgotten the title of since it bored me: give this to whomever will be able to use it effectively. To explain why: the phrase “will be able” needs a subject pronoun — like “she.” Therefore, “whoever” is tied to the implied subject.

The other way to view this is that the whole phrase “will be able to use it effectively” as the object of “give this to” — if the next word were the end of the sentence or phrase, “whomever” would be correct, but in this case it is the subject of the phrase.

Despite my peeves, language is constantly evolving — perhaps faster now than ever — so people like me who started life editing dissertations need to lighten up when listening to commentators in the media who are speaking to a popular audience.

But it still grates.

With COVID-19 teaching us all how to function remotely, BAIPA will meet via ZOOM ONLY until it is safe to resume in-person meetings. (Even when we decide to resume in-person events, we will continue the Zoom option.) We are implementing all the recommended precautionary measures to keep our meetings private and safe for all participants. All members and visitors who register in advance will receive a link to attend via Zoom video conferencing. On the Friday evening before the meeting, we will send the link and password out to members and to non-members … END_OF_DOCUMENT_TOKEN_TO_BE_REPLACED