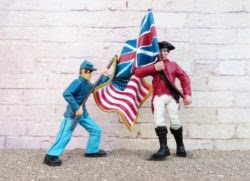 Image by ErikaWittlieb from Pixabay

Next week we will concentrate on the minor spelling, grammar, and punctuation differences. But today we will talk about the vocabulary. When a British person talks about putting on trainers, we would put on sneakers. Here are just a few of the words that differ between British and American vocabulary:

candy floss  – cotton candy (don’t floss your teeth with it!)

rubber – eraser (please don’t use this one incorrectly!)

Print
← Can I Use Other Author’s Fictional Characters in My Book?
Ten Takeaways from Ruth Schwartz’s Presentation on Self-Publishing with KDP and IngramSpark →

Arlene Miller, also known as The Grammar Diva, is an author, grammarian, teacher, speaker, and blogger. She offers grammar workshops, classes, and entertaining presentations; and writes and publishes grammar books. She also writes the weekly Grammar Diva Blog. The Grammar Diva lives in Wimauma, Florida (formerly Petaluma, CA) with her faithful chihuahua. Her two grown children are her everything -- and she also enjoys coffee, chocolate, reading, and trying to play the piano.

With COVID-19 teaching us all how to function remotely, BAIPA will meet via ZOOM ONLY until it is safe to resume in-person meetings. (Even when we decide to resume in-person events, we will continue the Zoom option.) We are implementing all the recommended precautionary measures to keep our meetings private and safe for all participants. All members and visitors who register in advance will receive a link to attend via Zoom video conferencing. On the Friday evening before the meeting, we will send the link and password out to members and to non-members … END_OF_DOCUMENT_TOKEN_TO_BE_REPLACED