You are here: Home / BAIPA News / Enjoy a Blog Article from Upcoming May Speaker Frances Caballo 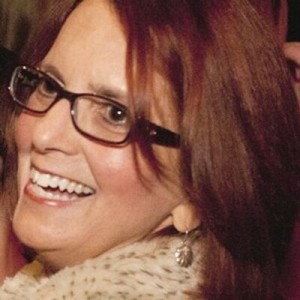 Spending too much time on social media?

And here’s a blog article from Frances – just for BAIPA!

Authors: Just Be Where Your Readers Are

“The bad news is time flies. The good news is you’re the pilot.”

The new marketing dictum for selling your books or anything else is this: You don’t need to be everywhere; you need to be where your readers are.

Remember that. Otherwise, you’ll waste time. Focusing your energy and time on the social media websites where your readers network is your first rule.

But Indie authors like you do everything themselves. To be economical, many writers create their book covers. Every author, once a book is published, then handles the marketing and publicity.

All of your routine responsibilities and chores cause you to covet our writing time as something sacred. Sometimes, your work, family, household duties, and exercise program can lead you to postponing or neglecting aspects of your marketing.

But here’s the rub: Marketing your books, whether it’s through social media, blogging, or amassing newsletter or blog subscribers to enhance our marketing efforts, takes time and is equally important as writing books.

If you don’t market your books, how will people find them? And if they don’t know about them, how will your readers discover your books, solve their problems, and live healthier or happier lives.

For example, if you write cookbooks for gluten-free children, your impetus is probably to make life easier for gluten-free kids and their parents. If you write romance novels, you want to provide your readers with a few hours of escapism and enjoyment, right?

If you write historical novels, you want to provide a fantasy escape for history lovers. If you write graphic novels, you might want to write a fabulous book that will expand the minds of your young readers, help them to explore new worlds, and encourage reading.

Regardless of your genre, readers who love books enjoy meeting new characters and discovering new realms to explore. They enjoy connecting with the characters you create through your writing. Even when there’s a sad ending to a book, or a character that a reader identified with dies, that human connection, although fictional, shapes us.

This is what the Boston Globe reported in a feature article titled Why Fiction Is Good for You.

“This research consistently shows that fiction does mold us. The more deeply we are cast under a story’s spell, the more potent its influence. In fact, fiction seems to be more effective at changing beliefs than nonfiction, which is designed to persuade through argument and evidence. Studies show that when we read nonfiction, we read with our shields up. We are critical and skeptical. But when we are absorbed in a story, we drop our intellectual guard. We are moved emotionally, and this seems to make us rubbery and easy to shape.

“But perhaps the most impressive finding is just how fiction shapes us: mainly for the better, not for the worse. Fiction enhances our ability to understand other people; it promotes a deep morality that cuts across religious and political creeds. More peculiarly, fiction’s happy endings seem to warp our sense of reality. They make us believe in a lie: that the world is more just than it actually is. But believing that lie has important effects for society — and it may even help explain why humans tell stories in the first place.”

Writing not only brings pleasure to the author, but it also brings enjoyment to your readers.

These Authors Found Their Readership

Let me give you an example. My colleague Arlene Miller, aka @TheGrammarDiva, spends most of her time on Facebook, LinkedIn, and numerous LinkedIn groups. She pretty much ignores Twitter.

When she released a new grammar book in the winter of 2015, her sales rocked. Suffice it to say she exceeded the sales numbers of many traditionally published authors. You know why? She spends time on the social media networks that bring her comments, shares, engagement, and sales.

LinkedIn is a perfect social media network for this nonfiction, Indie author and for her, joining LinkedIn groups has an enormous payoff for her book research and sales.

E.L. James is the author of 50 Shades of Grey and the subsequent novels in that series. Like a lot of romance/erotica authors, she found her readers on Facebook, where she has 2.4 million fans. You’ll also find her on Twitter, where she has more than a million followers.

Thriller writer Mark Dawson focuses his marketing on Facebook, where he has nearly 16,000 fans at this writing. And he supports himself on his book sales.

In this report, the Pew Research Center concludes:

Where Are Your Readers?

Do you know where your readers hang out? Let’s look at the Pew Research Center’s newest study to help you figure that out.

Of course, first you need to be clear on your reader demographics. Are they mostly female or male? Are they teens, Millenials, Gen X members, or Boomers? Once you have the key demographic data, just apply them to the findings below:

Among adults who use the Internet, apparently more women than men use Facebook, and although the numbers trend to the younger demographic regarding users, older women are the fastest growing group of users, although, in comparison to other age groups, that number is still minor.

If you’re confused about your reader demographics, go to your Facebook author page and check Insights, Facebook’s free analytics program (once you read 35 page Likes). There, you’ll find gender and age demographics that will help you to determine whether the Pew Research Center’s results match the demographics of your readership.

About 31% of adults using the Internet also use Pinterest. Women dominate, and the highest percentage of users are between the ages of 18 and 49. Most users living in suburban and rural communities.

LinkedIn is especially popular among working-age adults and college graduates, and those wither relatively high household incomes. Here, you’ll find fewer 18-29-year-olds and more users in the 30- to 49-year age bracket. This website is often cited as the most valuable social media network among professionals.

This is an excellent site for college graduates, job seekers, and professionals either wanting to share their expertise or learn more in their field. It can also be a great online venue for nonfiction authors.

Pew Research Center found that 23% of all online adults used Twitter. And Twitter, as with other social media networks, is the most popular with the 18- to 29-year-old crowd followed by those between 30 and 49. An interesting factor is that Twitter attracts primarily urban users from higher income brackets.

Some 28% of adults using the Internet also use Instagram. This application is well used by nonwhites and young adults. The largest age demographic is in the 18- to 29-age bracket. If you want to reach readers who are Hispanic or Black, you’ll find them on Instagram. This app is the fastest growing social media network so stay tuned.

A reason for every author to use Instagram is that the social web is increasingly visual. Use Instagram to show another side of your author profile and to share inspirational text images your readers will enjoy.

Instagram is primarily popular with non-whites and young adults. If you write Young Adult and New Adult fiction, this would be a great application for you to use especially if you consistently create great visuals or memes.

The last time Pew Research Center issued a report on Tumblr it was 2013. This is what they found:

The key to managing your time on social media is to reduce the number of social media websites and applications you use so that you’ll only spend time networking on those sites where you’ll find your readers.

About the Author: Frances Caballo is an author and social media strategist and manager for writers. She’s a regular speaker at the San Francisco Writers Conference and a contributing writer at TheBookDesigner.com. She’s written several books including Social Media Just for Writers, Avoid Social Media Time Suck, and Twitter Just for Writers, which is available for free here on her website. Her focus is on helping authors surmount the barriers that keep them from flourishing online, building their platform, finding new readers, and selling more books. Her clients include authors of every genre and writer conferences.

With COVID-19 teaching us all how to function remotely, BAIPA will meet via ZOOM ONLY until it is safe to resume in-person meetings. (Even when we decide to resume in-person events, we will continue the Zoom option.) We are implementing all the recommended precautionary measures to keep our meetings private and safe for all participants. All members and visitors who register in advance will receive a link to attend via Zoom video conferencing. On the Friday evening before the meeting, we will send the link and password out to members and to non-members … END_OF_DOCUMENT_TOKEN_TO_BE_REPLACED